What Might Have Been: Ted Forth as Charlie Sheen

Initially when Charlie Sheen's now infamous Thursday radio rant came to light I thought about putting his almost Joycean quotes into the mouth of my other favorite troubled character, Ted Forth. Then I thought when it comes to doing "Alternate Universe Ted" I better quite while I'm ahead. After all, my syndicate has always been great and clearly forgiving and just because they give me a foot does not mean I should then run 26.2 miles with it.

So here it is, the one example of a discarded hopeful meme--Ted Forth Quotes Charlie Sheen--that, frankly, would have been as niche as you could get. 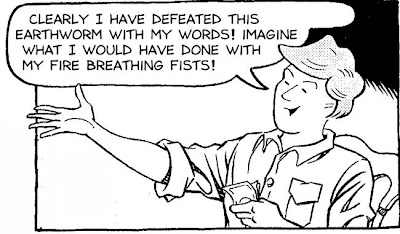