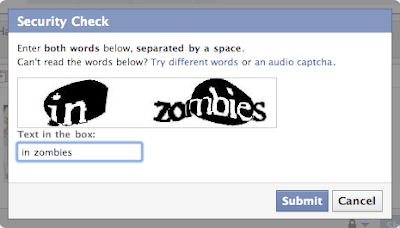 Posted by Francesco Marciuliano at 2:53 PM No comments:

And yes, it should be Chopin, Not Liszt. (Click on image to embiggen.)

To Stephen, the Friendship That Never Was

Earlier today a person I never met or heard of friended me on facebook. Being the social (at least virtually so) type, I accepted his invitation. All seemed well. Not only a new soul but a new light had entered my life, and his name was Stephen...something...not sure. He might have spelled it Steven. Or Scott. But such details are minor compared to the friendship, the relationship, the mutual harmony that would soon be.

But then, just as the clouds had parted in my otherwise grey life and a ray of sun had pierced the darkness of my existence, a thunderbolt came crashing through my new blue heaven. For no more than an hour latter, Stephen/Scott/Lou reached out to me on facebook chat, I figured no doubt to cement a relationship that had already become a solid foundation in my otherwise ramshackle life. But instead, to my utter stupefaction, Lou/Charles/Fred asked me to defriend him (well, initially to "de him" in that playfully typo way I had already come to call our own private dialogue, such as twins or asylum bunkmates might have). This was then followed by an explanation--one unprovoked since clearly I was was too mute with ceaseless sorrow to query--in which he called me a "poser."

My now cleaved mind reeled with questions my dry mouth and horrified gasps would not permit me to utter: What did I do to offend my new best lifelong friend so? How could not only I win him back but make sure to keep him as a constant in my life? Why did he not simply defriend me himself, unless it was so that I would know he was displeased, like a little kid who doesn't say why he's angry but simply wanders around the house knocking fragile things over so at least you are aware of the depths of his infantile rage.

It's been two hours now and while the tears have ebbed they have not dried. They are my translucent scars, my badge of honor for having endured such a heart-wrenching journey. But said journey is not complete, will never be complete, for now I am a man without direction, without an emotional home, simply...without. The pain I feel must be not unlike the one women feel when they give birth to a semi truck in a bath of sulfuric acid.

And yet, despite all the distress, all the despair I suffer as I wander my own Via Dolorosa, the cross of a lost kinship resting heavily on my back and shoulders, I know the brief time I spent with Jim/Bill/Guiseppi will change me in ways I cannot even fathom. How so I do not know. But my old life is no more. Of that I cannot be more assured.

And so in honor of everything that Nick/Harvey/Babbit meant to me and will forever mean to me, I dedicate the following song. If only it could play to a bittersweet, endearing montage of my dear "unfriend" as he suffers yet another severe borderline episode like only he can.

What The Great Pumpkin Said to Linus

"Wait, what do you mean you're not Jewish?"

"Are you a narc? Because you have to tell me if you're a narc."

"Actually, I'm just zipping around the world handing out flyers for my band's gig tomorrow night. We kinda have a indie/funk/reggae fusion like vibe. Anyway, admission's free but the bar owner's being a real dick about the drink minimum..."

"It's time you learn that 'sincere patch' is just another way of saying 'straightforward bribe.'"

"Well, then just take out the maximum the ATM will allow. And hurry up. My trigger finger's gettin' itchy..."

"Yeah, well, not every pumpkin is perfectly shaped, bright orange and not riddled with mold spores."

"I could've gone into the family business. Could be making a tidy little fortune on wall-to-wall carpeting. But no, I had to be the artsy one...

"Yes, that's all you get--one Tootsie Roll and one mini-box of Chiclets. I'm not running a freakin' charity for pre-diabetics here."

"Soon every pumpkin in this patch will duplicate your friends and loved ones. Then we will rise--RISE!--as a pointed indictment of McCarthyism!"

"I used to really like Rachel Maddow but now...I don't know...MSNBC is annoying me just as much as all the other news channels..."

"Actually, I don't bring gifts. I just fly around with my little UNICEF box, asking for spare change."

"Did I ask you who 'Keyser Söze' was?! DID I?! No! I just said I can't believe I have yet to see that film but then you had to go and blow it for me! Cocksucker..."

"Kid, you're 18. Enough's enough. Shouldn't you be out on the town, impregnating the future divorced mother of your six halfwit kids?"

"Stop willing me into existence! I shouldn't be!"

"So you're saying we both forgot to bring lube."
Posted by Francesco Marciuliano at 1:39 PM 1 comment:

How to Lure Cost-Conscious Alcoholics to Their Death 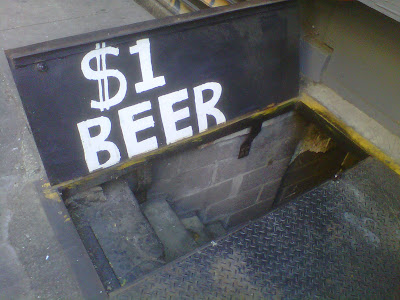 Posted by Francesco Marciuliano at 11:34 AM 2 comments: