Pearl and the Beard’s "Will Smith Medley"


Song from the exceptionally fun Pearl and the Beard that my good friend and music photographer Maryanne Ventrice made sure I checked out this past week at the DIY Bushwick Music Festival. For more music and band whatnot make sure to check out the group's website.

Also a shout-out to the very talented Goddamn Cobras Collective for making the above vid. I strongly suggest you see the rest of their work. 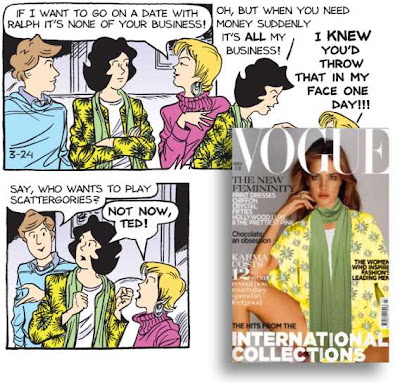 Sally Forth as Written by a Japanese School Girl

Humor is international. Mind you, I'm not claiming that Sally Forth is in any way funny. I'm just saying that sometimes it takes someone several continents away with a preliminary grasp of English to actually make Sally Forth funny.

To wit, I received the following email from one of the great contributors at Something Awful Forums:

"I'm Sarah...I'd been posting newspaper comic strips from the states as rewritten by my junior high school students. I teach English in Japan. I'd been considering sending a few of them off to the original writers and artists but never got around to it. Your appreciation for robot monkey-inserts made me regret it, so I wanted to at least get Sally Forth's re-imagination to you, as it was coincidentally one of the better ones. For the project I took about a week of strips from various comics, erased the dialogue and handed them out to my class of 20 15-year-olds to do as they wished. Sally Forth was selected and rewritten by a happy girl named Makoto. I hope you find it as amusing as I certainly did."

And so, with that in mind, here's Japan's better answer to Sally Forth, which would be no doubt called Ted Forth: Heartless Bastard (Click on images to make larger): 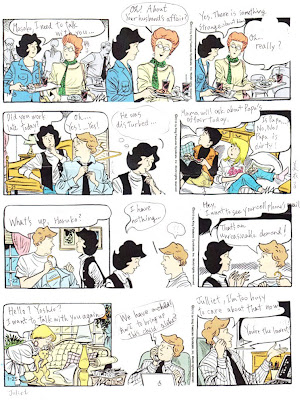 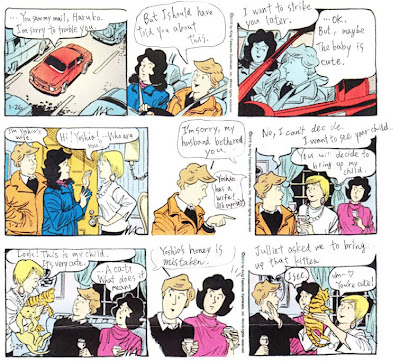 Ah, The Intoxicating Stench of Death 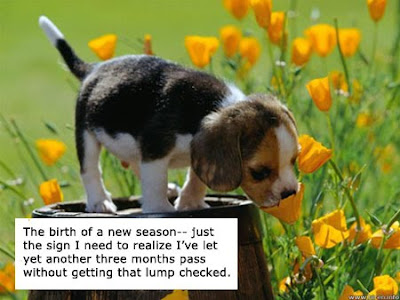 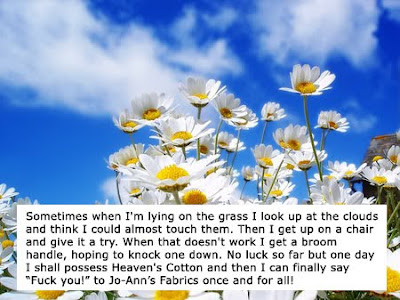 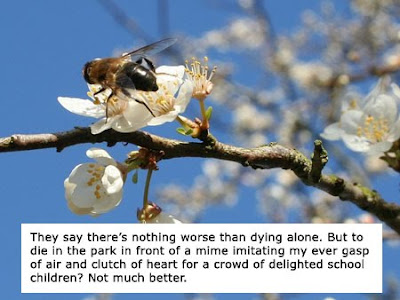 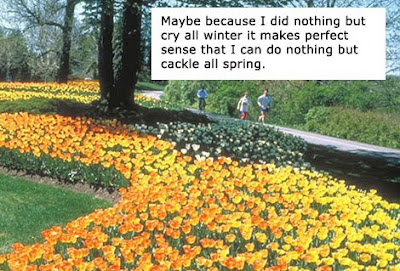 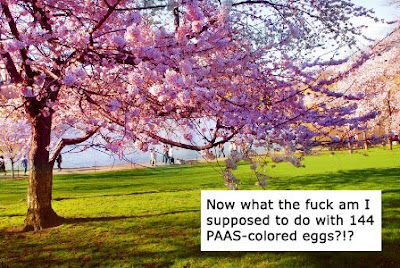 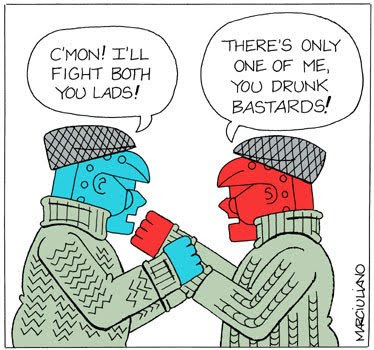 Watch the Guinness and blood flow in equal measure as these two glazed-eyed Gaelics fight each other in the name of…well, okay, that part remains a little fuzzy.

We’ve replaced the typical boxing arena with a cozy pub (your choice of “The Lacerated Lamb” or “The Immolated Terrier”) and exchanged the red and blue robots for the all-too-colorful Seamus and Other Seamus.

To start, simply select one of the three following rummy remarks: “More men have been inside your mum than in Trinity College,” “I wanted a go at your sister but Maureen Siobhan Mackenzie doubled her rates” or “It’s five o’clock! Who wants some?!” Then sit back and enjoy as the soused Seamuses go at it with the ferocity of a heavyweight fighter and the accuracy of a blind, palsy archer. After several minutes of mercilessly and mistakenly pummeling walls, stools, soccer memorabilia and a wholly startled Father Seamus O’Reilly, the Celtic cutups will break into tears, embrace, cry out “Jesus, what are we fighting for?!” and order a round of drinks for the house, all while singing that beloved Irish ballad, “Christ, I’m So Hungry I Could Eat My Own Feet But Then I Couldn’t Outrun The Rats.”

Also Available: Italian Double Trouble, complete with one unlicensed Berreta and an extra-long mailbag for “storage.”
Posted by Francesco Marciuliano at 1:41 PM No comments:

Something Awful This Way Comes

As some readers of Sally Forth may know, Ted Forth (he of many passions, almost none practical) has recently become fascinated with what can be best described as a new study in mammal mechanics...

Turns out many readers were keen on learning more about this fascinating school of misapplied technology, only to be dismayed by the lack of any true follow-up in the strip. Such was the view from the site Something Awful, from which member Alex Kingsbury thoughtfully forwarded me the following (and kindly flattering) information:

"You might be aware that there is a long running thread [in the Something Awful Forums] that's devoted to making fun of newspaper comics. Well, in that thread we consider Sally Forth to be one of the good ones and we are all amazed that you made Sally Forth something so amazing. However, recently we were disappointed when we were promised robot monkeys and did not receive them. So we fixed that. I hope you get as much amusement out of these as we did."

And fixed it they certainly did. The first revised strip is by Something Awful Forum member "Julet Esqu":

The second is by SAF member "ukulele bastard" (a pseudonym both hardcore yet adorable):

Naturally, both have done a far better job shining a light of simian cyborgs than I ever could have done. But have no fear! The great "Robot Monkey" debate is not over yet. For reasons that sounded quite logical and legitimate during a long period of febrile nightmares, I have decided to make Ted's obsession with primate droids a running story line throughout the year, no doubt further endearing the comic to its core demographic of soccer moms and retirees. So as always with things concerning Sally's hubby, I hope you enjoy--or at least endure--the continuing madness.

Thank you, Something Awful!
Posted by Francesco Marciuliano at 1:46 PM 5 comments: