"I Have a Bunch of Koreans Working in the Kitchen as We Speak": My Tall Tale Video Interview


If you ever wanted to see me fail at my childhood dream of being a Muppeteer, inadvertently sound like the entire Barone family and give an official coroner report on Boo-Berry, this would be the interview for you. Thank you very much to Tom Racine for the video and to my girlfriend for two of the three main props.
Posted by Francesco Marciuliano at 6:34 PM 3 comments:

FORMER STATE OF GEORGIA—A snowfall fell on the Southeast, delighting children but reversing 10,000 years of human civilization in the process.

Armed only with a single snowplow, a can of Morton Salt and a "can-do" spirit, cities from the Carolinas to Alabama were quickly overwhelmed by the oddly crystallized shapes falling mercilessly from the heavens. Minutes after the initial flakes appeared, 23,000 cars, trucks and trains collided on I-20. By 7:00 AM, unattended automobiles had begun to simply explode on driveways and in parking lots throughout Tennessee. In Atlanta hundreds of planes were first delayed, then grounded and then eventually consumed for nourishment. Within two hours oxen and other beasts of burden were demanding hefty prices—or pelts—as they were now the sole means of transportation for commuters and scavengers alike.

As of late morning chaos had become the order of the land, with thousands converging upon Wal-Marts looking for any weapons--or "firesticks"--to battle the storm. Currency soon became worthless as financial transactions were replaced with bartering, Chick-Fil-A biscuits and, finally, indiscriminate stabbing. Local governing bodies were quickly displaced by a rather confusing system of tribal law, Mother Nature's whimsy and a dice pop-o-matic from an old game of "Double Trouble." By noon, the Southeast had indeed become a very different place.

"Owa Goona! Owa Goona!" exclaimed a villager and former tax attorney in a tongue that has become both a prime means of communication and a source of bemusement to the few reporters who have yet to be sacrificed to the various winter deities, shamans and the occasional can of corn. This journalist has managed to fend of the rabid masses thanks to quick thinking and the flicking of a Zippo lighter, leading the people to believe that I not only control the fire gods but also store them in a rather stylish cage. But soon it will light no more and I, as so many before me, will meet my terrible demise in the Glorious Killing Ring, formerly a Ruby Tuesdays.

The storm is soon expected to hit the Northeast, where mayors are preparing for the snow by simply blowing up their cities.
Posted by Francesco Marciuliano at 11:09 AM 1 comment:

The Most Reputable Establishment Ever 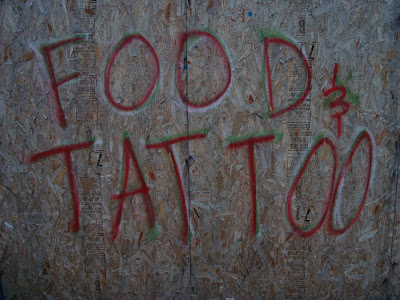 Posted by Francesco Marciuliano at 8:34 AM No comments: 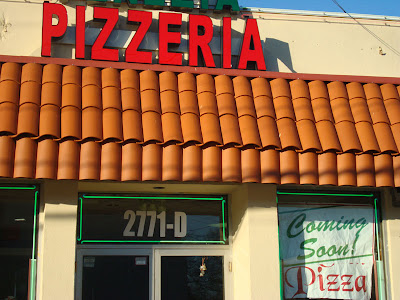