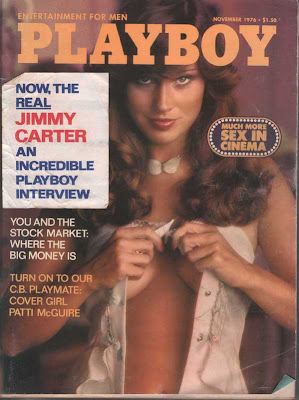 During that time my dad was a graphic package designer best known for designing the logos for Pepsi, American Airlines, Folgers and Winston Chewing Tobacco, a product that once had as its working tagline—“Put a Little Winston in Your Mouth.”

But my dad longed for bigger things. All his life he wanted more than anything to be a cartoonist. Every Saturday morning he and I would sit on the sofa and watch Hong Kong Phooey, Charlie Chan and the Chan Clan and a whole host of Hanna-Barbera cartoons that inexplicably traded on Asian stereotypes, all leading up to our very favorite cartoon… 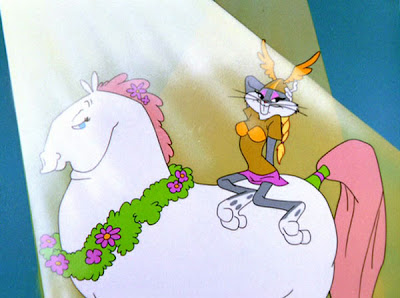 Every night my dad would work on his cartoon and comic art submissions, hoping for that day he would be struck by that one grand idea, that one unequivocal moment of creative brilliance.

That moment finally arrived when he drew this… 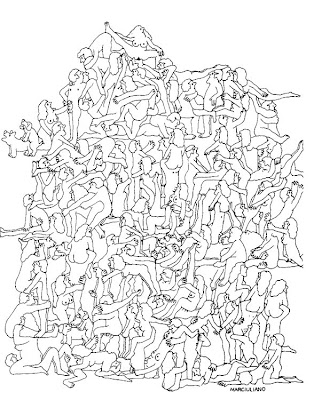 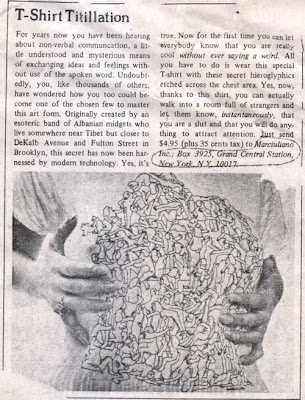 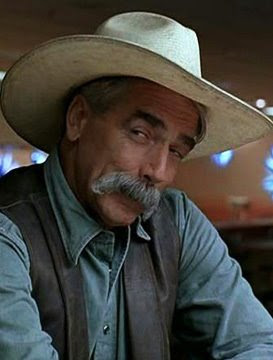 ...by actor Sam Elliot over a bowl of mood rings when my family spent our spring-break vacation at the 1975 Daytona Adult Film and Entertainment Expo (where Mr. Elliot was promoting his film Lifeguard). 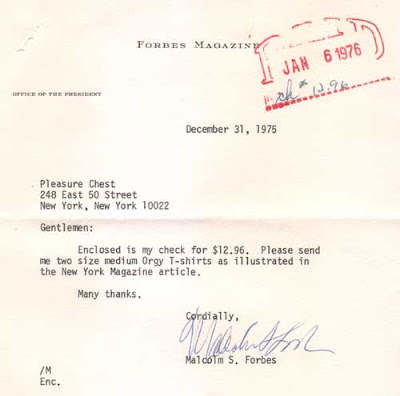 But perhaps the single most important order arrived on July, 1974, which read (click on image to make larger): 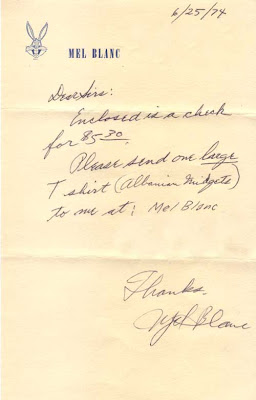 Now for those of you who had the sheer gall to be born after 1985, Mel Blanc was the voice--if not the soul--of Bugs Bunny, Daffy Duck, Porky Pig, Sylvester the Cat, Tweety Bird, Foghorn Leghorn, Yosemite Sam, Wile E. Coyote, Barney Rubble, Mr. Spacely, and literally hundreds of other cartoon characters that my Dad watched and discussed throughout my childhood. So when dad opened this letter he quickly knew it was more than a simple T-shirt order. It was a chance to provide his son with a keepsake he knew would mean all the world to him. So he immediately mailed several T-shirts, politely asking that in return the man who gave so much joy to him and his son on those Saturday mornings give them one more thing. Less than three months later I received this autograph: 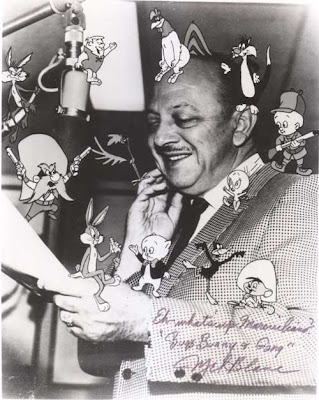 And the following response (click on image to make larger): 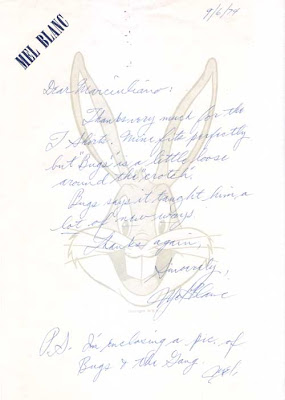 And that, my friends, is why pornography works.
Thank you.
Posted by Francesco Marciuliano at 1:09 PM

And yeah, I remember that shirt... is it still in production somewhere??

Do Ted and Sally secretly wish to be swingers?

That is the sweetest story about pornography that I have ever heard.

OK, I've combed the article again and can't find a reference to Albanian Midgets other than in Mel's letter where he requests the tee shirt (Albanian Midgets.) Is Mel Blanc asking for a heretofore unmentioned "Albanian Midgets" T-Shirt?

This is a story unto itself!

What a sweet Father's Day post. All I did with my kid was go on a bike ride. Next year we take in the Adult Video Awards show.

"OK, I've combed the article again and can't find a reference to Albanian Midgets other than in Mel's letter where he requests the tee shirt (Albanian Midgets.) Is Mel Blanc asking for a heretofore unmentioned "Albanian Midgets" T-Shirt?"

To this day my dad's not quite sure what that line means.

This is sad, but I remember one of those Penthouse centerfolds shot at your home, one with an uninhibited young woman, a glass table, and a tube of red lipstick. I was in college. Made quite the mental impression she did.

Wow, that is the coolest story I have ever read. You don't need any fabrications to your autobiography.

Man, Waldo's a lot harder to find without his clothes.

Awesome, Ces! So great. And....I HAD that issue of Playboy! Well, technically, my brother had it, but I was an avid reader.

Six dogs? I count seven. Six in pairs, along the left side. One hidden in the center, about to give some orgy-participant the classic cold nose surprise.